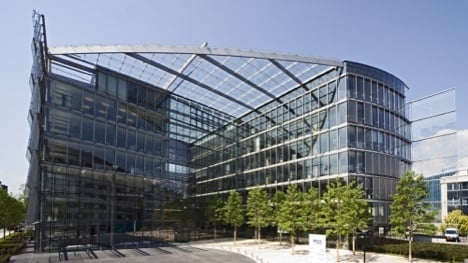 A newly created company last week put in an offer for an undisclosed sum to buy the building, which Merck Serono put up for sale last July after deciding to axe 1,250 jobs at the site.

The company, Campus Biotech SA, was created by Hansjörg Wyss, a billionaire medical device entrepreneur, and Ernesto Bertarelli, another billionaire whose family founded Serono before selling it to the German pharma company Merck in 2006.

The public-private project for the centre, focusing on healthcare, biotechnology and life sciences, was outlined at a press conference in Bern on Wednesday.

Neither of the billionaires was in attendance, although Jörg Neef, a representative of the pair’s company, joined EPFL President Patrick Aebischer and University of Geneva Rector Jean-Dominique Vassali to discuss the scheme.

The proposed new research centre involves the creation of ten new laboratories to be run by the university and EPFL with an endowment of 125 million francs over six years from a foundation established by Wyss, who along with Bertarelli is one of Switzerland’s wealthiest citizens.

The Wyss Foundation funding will create employment for 120 to 150 researchers in fields such as immuno-engineering, neuro-engineering and regenerative engineering, according to information posted on EPFL’s website.

The foundation funds a similar institute at Harvard University.

EPFL said the labs, occupying 8,000 square metres of floor space, would “form part of the EPFL and UNIGE’s common strategy to develop scientific activities in the field of healthcare, with the aim of enhancing the transfer of technology from the academic to the industrial world”.

A lot now seems to hinge on whether Merck Serono will accept the bid for its building complex.

"This bid is an exciting and important opportunity to energize the future of the biotech and life sciences sector in the Lake Geneva region," said Stefan Meister in a statement on behalf of the Bertarelli family.

“The Lake Geneva region has a historic depth of talent in this essential area, where science and business combine,” said Meister, who is group chief operating officer of Waypoint, the Bertarelli family’s joint business enterprise.

“It is our hope that this bid will secure these skills for many years to come and realize a vision for the Lake Geneva region as a continuing home for biotechnology.”

The family sold Serono for a reported 16 billion francs.

Wyss, for his part, made a fortune, estimated by Forbes this year at around eight billion dollars, after he sold his majority share in Synthes, the medical equipment company, to Johnson & Johnson.