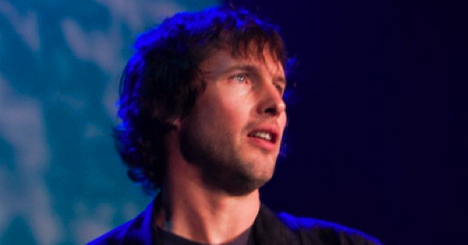 At least that’s what the 38-year-old singer-songwriter told the Blick newspaper over the weekend as he opened a new restaurant in Verbier, called La Vache (French for “The Cow”).

“As soon as the authorities will let me, because I don’t know if I’ve been here a sufficiently long time, I would like to become Swiss,” he told the newspaper.

“Verbier is my home.”

Blunt said opening the restaurant, located at 2,730 metres with panoramic views, was the fulfillment of a dream.

“I love skiing and good food,” he said, while acknowledging “I am a horrible cook”.

Blunt has owned a chalet in Verbier since February 2007 and is a long-time aficionado of the Valais ski resort’s slopes.

A former British Army officer, he captained the Household Cavalry alpine ski team in Verbier and eventually became a champion of the entire Royal Armoured Corps, according to press reports from the UK.

Blunt has spoken of taking a break from his musical career, propelled in 2005 when the multimillion album seller, Back to Bedlam, first brought him to fame.

But Blick reports that he is writing new songs in his Alpine chalet and is set to release a new CD.

Meanwhile, Blunt revealed his unusual plans for New Year’s Eve: “I want to run around the resort disguised as a cow.” 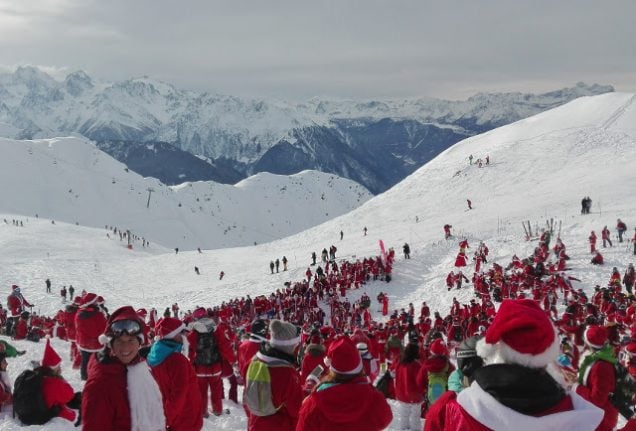 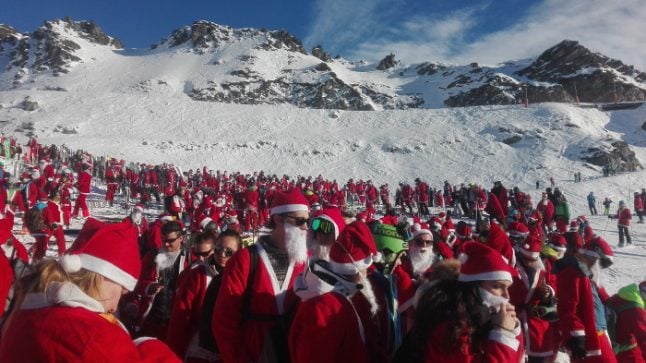 Skiers in appropriate costume were invited to ski for free in the Swiss ski resort for one day only as part of a special event to celebrate Verbier’s official opening weekend.

Held for the third year in a row, it proved more popular than ever this year as around 1,200 Santas arrived to claim their free day’s ski pass – double the number at last year’s event.

The resort also offered those who booked in advance free travel on a special ‘St Nicholas’ train from Geneva.

Free wine, croissants and raclette were offered throughout the day, as well as the chance to win a season pass in a prize draw.

The festive skiers gathered together at 3pm for a group photo and a mass dance to the Village People’s YMCA, which the resort filmed by drone.

The weather played ball, with clear skies and decent snow on offer to those who made the trip.

Although this was the official opening weekend of the season, Verbier was one of the first resorts to open limited slopes early this year as snow blanketed Switzerland in mid-November.

However there has been little snow since, and resorts will be hoping to avoid a repeat of last year, when fresh snow didn't fall again until after Christmas. 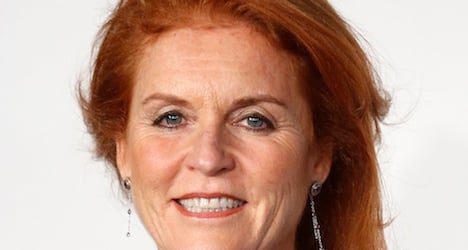 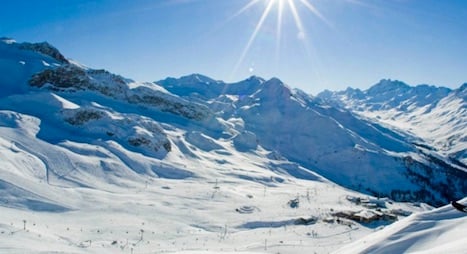