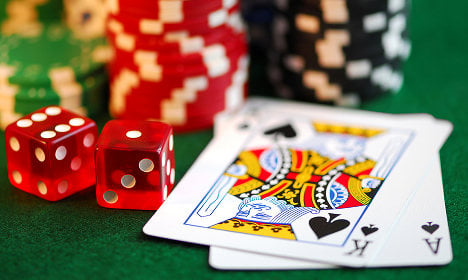 The game of Texas hold’em poker has a rich and interesting history. Full Tilt Poker presents the story so far.

As the name suggests, the game started out in Texas, and Robstown, Texas is officially recognised as the place in which it originated, during the early part of the 20th century.

The exact conditions under which the game was invented aren't exactly clear, nor are the details of its infancy, but we do know that Texas hold'em remained in Texas – where it was simply known as hold'em – up until 1967, when it was introduced to Las Vegas.

Crandell Addington, one of the men who took poker to Vegas described it as “a thinking man's game,” due to the opportunities it gives you to play strategically, and this may be the reason that the game took off.

For its first few years in Vegas, you could only play Texas hold'em at one casino – The Golden Nugget. It was located in Downtown Las Vegas and was a bit of a seedy joint, which didn't get many high-stake players coming in.

As such, the game remained in relative obscurity until 1969 when a Texas hold'em tournament was held in the lobby of The Dune casino. Due to the prominence of the location – right on The Strip – the tournament proved to be financially rewarding for a number of high rollers, which increased the popularity of the game exponentially.

This was the start of Texas hold'em poker's rise to fame.

Ever since 1971, the second year of the series, the main event of this tournament has been a no-limit game of Texas hold'em. Although the amount of entrants was small at first, they grew steadily over the years and now thousands of people compete in the main event of the World Series of Poker each year.

Texas hold'em's place on the world stage was further cemented by a couple of books released in the '70s and '80s. Doyle Brunson's popular poker strategy book, entitled Super System, was released in 1978 and revolutionised the way people viewed and played the game. Al Alvarez's 1983 book, The Biggest Game in Town was a documentary account of 1981's World Series of Poker.

It brought Texas hold'em and the world of professional poker players into the public eye and is credited with starting the genre of poker literature.

Years on, Texas hold'em can definitely be seen as a world renowned and mainstream game. Professional tournaments are even broadcast on television to wide audiences, and people from across the world play it recreationally, either online or at home, with a real deck of cards.

It's safe to say that Texas hold'em has come far from its humble beginnings, and is here to stay.