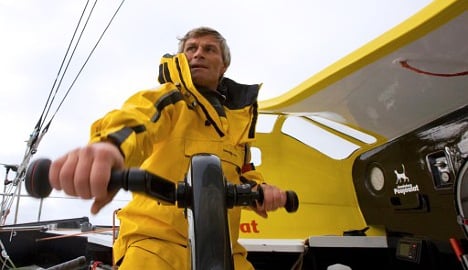 Picture taken on October 1st 2012 of Bernard Stamm sailing off the coast of Brest, Western France during a training session. Photo: AFP/Jean-Marie Liot/DPPI

The jury, which is independent of the race organizers, said in a statement that Stamm had been helped when he made a pitstop in the Auckland Islands of New Zealand on December 23rd to repair a broken generator.

Specifically, he breached race rules by mooring his Cheminées Poujoulat boat to a Russian scientific vessel with help from a crew member, although Stamm maintained that mooring was unavoidable because his craft was drifting and it was an emergency.

On the point of receiving assistance from a crew member of the Russian ship, he said they had come on board without him asking — and without knowing that he was participating in a solo race — to help him moor safely.

"When I saw him on board I did not find any reason that could justify to send him back from the board," he wrote in his justification to the jury, whose decision was published on vendeeglobe.org.

Stamm has until Thursday morning to request a review of the decision. If none is forthcoming, the disqualification will come into effect, it added.

The sailor and his Cheminées Poujoulat boat were in 10th position in the race at 0800 GMT on Wednesday. French skipper Francois Gabart was in the lead, some 15.5 nautical miles (29 kilometres) ahead of compatriot Armel Le Cleac'h. 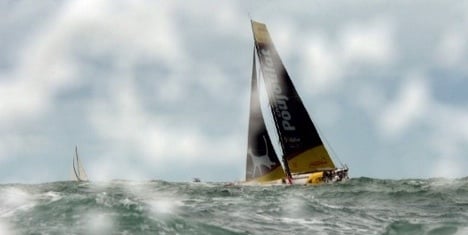