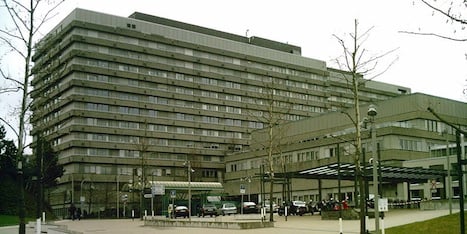 The embarrassing discovery was made last week but only made public on Monday after being reported in the media before CHUV, the Lausanne hospital held a press conference to shed more light on the situation.

The bacteria, pseudomonas aeruginosa, was found in the soap used by the two hospitals last week.

For the moment, no infections have been linked to the bacteria, which is considered dangerous for frail patients, such as those in intensive care or those being treated for serious illness.

The soap, labelled organic and not available in stores, was specially made for hospitals by an international  company north of Lausanne, which has been a partner with CHUV for 25 years, Le Temps newspaper reported online.

The unidentified company has halted distribution of the soap, and launched an investigation to trace the source of the problem, the newspaper said.

Giorgio Zanetti, head of preventive medicine at CHUV, said the soap had been used “throughout” the Lausanne hospital since February 2012.

It was used by staff and patients, he said in an interview with the L’Express and L’Impartial newspapers from Neuchâtel.

He explained that the hospital checks the environment of intensive care areas of the hospital, with special attention paid to certain areas such as toilets, where the bacteria was discovered.

“One thing led to another and we ended up analysing the soap,” Zanetti said.

Last Thursday and Friday the soap was replaced, with 7,000 small containers removed by the Lausanne hospital and 9,000 from HUG, the Geneva hospital.

Zanetti said he could not identify the brand of the soap or its Swiss distributor without getting legal advice.

He acknowledged that pseudomonas aeruginosa is a bacteria that has regularly infected patients at the Lausanne hospital, like most other hospitals.

Zanetti said the hospital needed to take special measures to protect the hospital environment against the bacteria, particularly in the intensive care ward.

It would take some time to find out whether any patients had been infected by the contaminated soap, he indicated.