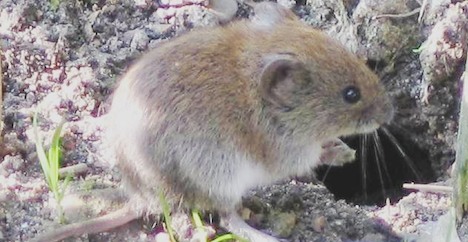 Jura MP Edgar Sauser wanted to serve up the mouse meat publicly on Wednesday as a protest against the lack of resources given to combat an invasion of the rodents on farms in the region.

But before the MPs could tuck in, the veterinary office said it was not allowed because the vole is not covered by the law on permitted food.

“The vole could maybe become an interesting source of revenue that would offset in part the damage it causes,” Sauser is quoted as saying by local radio station RFJ on its website.

The Liberal party member, who is also a horse breeder in the Franches-Montagnes region, called upon an expert “charcutier” — who prefers to remain anonymous — to prepare the paté.

He joked that it could become a special delicacy “like kangaroo or crocodile,” Arcinfo.ch, the website for L’Express and L’Impartial newspapers reported.

But Sauser’s goal is more serious.

He wants to call attention to the damage caused by the vole to farm fields in the Jura.

They cause damage by digging up the ground and stripping fields of vegetation.

Because they have five to 10 litters a year, with five to 10 offspring for each litter, the vole population can explode.

Farmers in the Jura are worried about facing a similar year to 2012, which caused major  financial costs for many in the region.

Sauser wants the canton to conduct a detailed study into how to best combat the rodent.

Meanwhile, he intends to have a private luncheon on Thursday, where MPs with the stomach for it can sample the vole paté.

“It’s no more disgusting than frog’s legs,” the MP said.