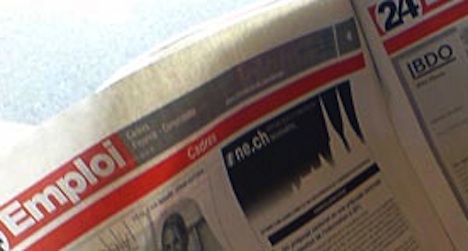 At the end of January, the country's jobless numbered 148,000 and almost half of these were non-Swiss. That’s despite the fact that foreigners actually comprise less than a third of the total number of employed. If a job has to be cut it’s more likely to be one held by a foreigner than a Swiss, according to outplacement specialists Lee Hecht Harrison (LHH) in a recent report on redundancies in Switzerland.

And contrary to popular belief it is not those with lower qualifications or working in construction and gastronomy who are at risk. The report was based
on 2,000 people in middle and senior management who lost their jobs last year. It covered the whole country and all branches of the economy.

LHH managing director Pascal Scheiwiller tells The Local what is happening now is “the logical result” of a development in the past four to five years that saw firms bring many highly qualified workers into Switzerland to fill a skills gap. Now that the economy is going through a downturn many of the jobs created are being lost.

One of those served notice at the end of last year was Max, an Indian working at a multinational in Basel. He and many other highly qualified people recruited from abroad are finding it difficult to find another job at a senior level. “It’s a waiting and watching game,” he tells The Local. “Unfortunately, I think there are now more people in the labour market than there are jobs.”

Getting in with the boss

Max is untypical of the new breed of unemployed foreigner in that he has been in Switzerland for more than a decade. “When jobs have to be cut there’s a tendency to get rid of the people who’ve been there the shortest time, and haven’t built up a relationship with the boss,” Scheiwiller says. Interpersonal relationships are the key to holding on to a job, he says.

At a time of crisis the boss – and many bosses are not Swiss – is looking for people who think in the same way and have the same values because there is no time for conflict or discussion. “Foreigners with very different values may be more affected,” Scheiwiller says. “But I think it has more to do with personal characteristics than country of origin or culture.”

For those like Max who choose to stay in Switzerland following redundancy inadequate language skills may be their downfall. “Expats who haven’t learnt the language while in employment are quite clearly at a disadvantage,” says Scheiwiller.

And if you are aged 50 plus you are also likely to put off potential employers – despite having greater experience than younger applicants. The latest statistics from the government show 41 percent of those unemployed for over a year are in the 50 plus category. “Older people cost much more and at a time of change they have more trouble adapting,” outplacement expert Scheiwiller says.

Michèle, a Canadian-German dual national, lost her test manager job at a big bank in 2007 when aged 47. She tried lying about her age to get a job for which the upper limit was 45 but was found out. Now aged 53, Michele can find freelance work but not a permanent position that pays anything like what she was earning at the bank.

Kurt, a Lausanne-based recruitment agent for IT and industry agrees that older workers can have problems finding work in areas where there is a lot of competition. It might be considered hard for them to be accepted in a young team, or to work for a much younger boss. But in niche areas they are still in demand. An advantage older candidates have, he says, is that they are more flexible in what conditions they will accept.

But in industry, age can be a barrier for another reason. “If I need to place someone in a factory, for example, but the candidate tells me he’s 55 and he has a bad back, then there’s a genuine health concern,” he tells The Local.

For Max, Michèle and thousands like them the advice is to exploit your personal network of contacts. Appointments are still very often made through personal contacts, with many jobs not advertised, Scheiwiller says. 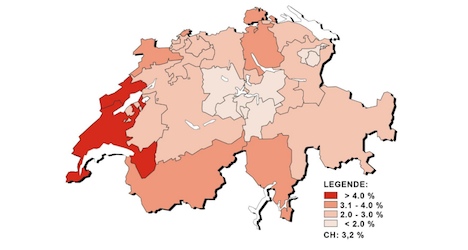