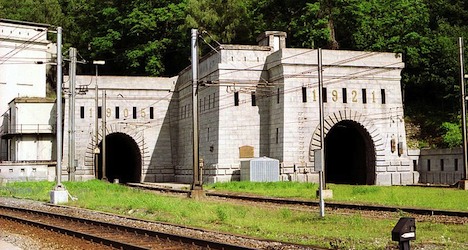 Media in the southern Swiss canton of Valais received an anonymous threat at 11:15am stating that there were explosives on a train carrying out maintenance in the tunnel linking Switzerland and Italy, local police said in a
statement.

The train remained stuck in the tunnel for hours, a police spokesman told AFP.

It was not damaged in any way, he said, but was finally pulled out of the tunnel by another engine as a precaution to be inspected by bomb-sniffing dogs and explosive specialists.

According to the police statement, 30 officers, six dog handlers and four explosive specialists investigated the threat.

SBB used replacement buses throughout Wednesday before passenger traffic through the tunnel resumed at 5:25pm.