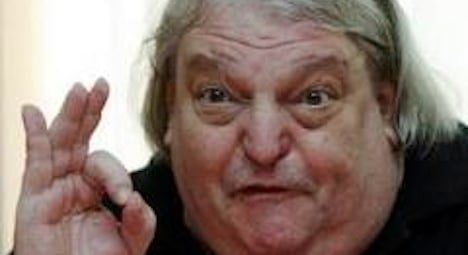 The Lega dei  Ticinesi wants to maintain the candidacy of the party’s founding president Giuliano Bignasca, although the colourful politician died at the age of 67 last Thursday.

Bignasca’s brother Attilio said the party wants to keep his name on the ballot for the April 14th municipal elections in Lugano, Ticino's largest city.

City authorities must decide in the coming days whether his name will still remain on the ballot.

But a legal basis exists for allowing this, Francesco Catenazzi of the law department of the canton of Ticino told the ATS news service.

“The lists of candidates were approved several days before the death of Mr. Bignasca and theoretically it’s no longer possible to change them,” Catenazzi said.

Procedurally, having a dead candidate does not pose a problem, he said.

The support of the parties is counted and if an elected candidate cannot serve he or she is replaced by whoever comes next, he said.

But some rival parties accuse the Lega of exploiting their former leader’s popularity at a time when many are still mourning his passing.

The Green party issued a statement decrying what it termed a “political manoeuvre”.

So even in death, Bignasca is enflaming passions.

A popular politician and former football player who founded the Lega in 1991, he was considered the party’s driving force.

Bignasca was elected to the lower house of federal parliament serving from 1995 to 1999, advocating nationalist policies and insisting on Switzerland’s neutrality and independence from the European Union.

His party is credited with spearheading a national vote against sending Swiss soldiers abroad for UN peacekeeping missions.

A stonemason by training, he and his brother ran a construction company.

He served as a member of the municipal council executive of Lugano for 12 years.