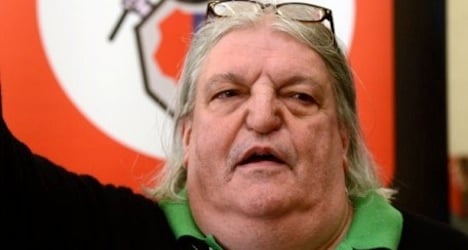 The canton’s administrative court ruled on Wednesday that Bignasca’s name can stay on the list of candidates as requested by the Lega dei Ticinesi, the nationalist party that Bignasca founded in 1991.

Political opponents have criticized the Lega’s move as a cynical political stunt that aims to capitalize on the popularity of the deceased politician, a larger than life character in the Italian-speaking canton.

He was earlier a federal MP from 1995 to 1999, advocating nationalist policies and insisting on Switzerland’s neutrality and independence from the European Union.

Lugano’s outgoing mayor Giorgio Giudici backed the retention of Bignasca’s name on the candidate’s list for the April 14th elections, which was drawn up before he died, the ATS news agency reported.

But the mayor’s decision was appealed to the court, with opponents including former cantonal prosecutor Paolo Bernasconi.

But a legal basis exists for allowing this, Francesco Catenazzi of the law department of the canton of Ticino earlier told ATS.

Procedurally, having a dead candidate does not pose a problem, Catenazzi said.

The support of the parties is counted and if an elected candidate cannot serve he or she is replaced by whoever comes next, he said.

Opponents of the administrative court’s decision still have the possibility of appealing to Switzerland’s supreme court.