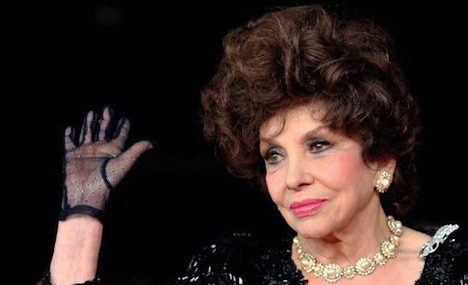 Designed by Italian creator Bulgari in the 1950s and 1960s, the most valuable items being put up for sale in May include pearl and diamond earrings and a 19.3-carat diamond ring, auction house Sotheby's said on Tuesday.

Both pieces are valued at between $600,000 and one million dollars.

The jewels were displayed at an exhibition entitled "Bulgari: 125 years of Italian magnificence" at the Grand Palais in Paris in late 2010.

"All of the jewels to be sold by the actress have been estimated at between two and three million dollars," a Sotheby's spokeswoman told AFP.

She said she did not yet know whether the 85-year-old Italian star would be in Geneva for the auction on May 14th.

Some of the most sought-after of the 22 pieces to go under the hammer are to be shown in London, Rome and New York in the run-up to the sale.

Lollobrigida, star of "The World's Most Beautiful Woman" and "Come September", says she wants to devote herself to sculpture and "a sculptor doesn't need jewellery", Sotheby's said in a statement.

Some of the proceeds will go towards funding an international hospital for stem cell research, a cause Lollobrigida described as "close to her heart" and something that "every sick child should be able to benefit from".

A foreign collector snapped up at a French auction on Sunday the diamond and sapphire engagement ring that Napoleon Bonaparte gave his first wife Josephine —  which had been estimated would fetch up to 12,000 euros — for a whopping 900,000 euros ($1.16 million).

Geneva regularly hosts important sales of high-end jewellery by the Sotheby's and Christie's auction houses each May and in the autumn.

The day after the Lollobrigida auction, Christie's is scheduled to put a 101.7-carat colourless diamond — described as the largest such gem ever auctioned — on the block.