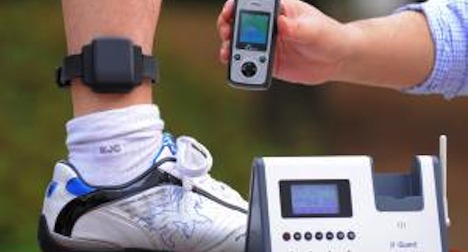 The conference of cantonal justice and police directors in February named a commission to coordinate the country-wide introduction of the monitoring devices.

The directors are interested in bracelets equipped with satellite-based GPS, SonntagsBlick reported on Sunday.

With GPS the bracelets can be used to determine not only if a detainee under house arrest is adhering to restrictions of movement but also to know at any moment where the person is.

Such bracelets cannot in themselves prevent crimes.

“But we can check whether a violent or sexual offender holds to the conditions of conditional release,” Gerhard Mann, 58, head of the penal system for the canton of Basel-Country, told SonntagsBlick.

Such a bracelet could also inform authorities if a sex offender enters a restricted area such as a playground or school yard.

Mann said it could also be used to monitor detainees around the clock and could provide relief for Swiss prisons.

Talks with several cantons are under way to launch the system.

Rebecca de Silva, spokeswoman for the canton of Zurich’s penal system is quoted by Sonntagsblick as saying the canton wants to play a “supporting role”.   The system only makes sense if as many cantons as possible use it, she said.

Zurich is planning a pilot project next year to use the ankle bracelets to monitor young people in trouble with the law.

A command centre, bringing together police officers, psychologists and social workers, would respond to conflict or alarm situations.