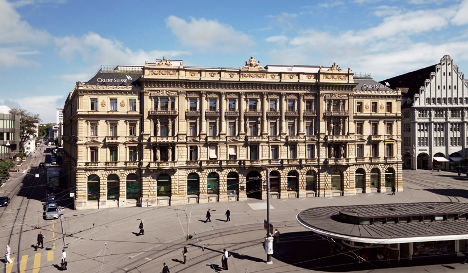 The significant jump in net profit is largely because the bank was weighed down by an accounting loss on its own debt during the same period last year.
For the first quarter of this year, the bank said it had attracted 12 billion francs in new funds from clients.
The investment banking division's pre-tax earnings rose to 1.3 billion francs, up from 907 million francs.
Pre-tax profit in the asset management division meanwhile came to 881 million francs, down from 951 million last year.
The bank also reported cost savings of 2.5 billion francs, saying it was on track to meet its reduction target of 4.4 billion francs by the end of 2015.