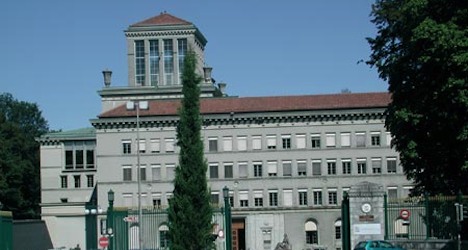 The diplomatic source, speaking on condition of anonymity on Thursday, said that Brazil's WTO ambassador Roberto Azevedo and Mexico's Herminio Blanco Mendoza, a former senior trade negotiator, had cleared the remaining hurdle for a head-to-head contest.
The WTO's 159 member states were due to hold a meeting on the issue on Friday.
Azevedo is seen as a broad favourite in diplomatic circles, while insiders said that Mendoza had strong backing from rich economies in the WTO.
The WTO has been led by a developing country official before, but never for a full term — an ugly battle in the 1999 race led to Thailand and New Zealand splitting the post.
But with only Brazil and Mexico left in the running this time, they are assured of full control.
The WTO's members set the rules of global commerce, and the Geneva-based organisation polices commitments to these rules.
An unprecedented nine candidates threw their hats into the ring to lead the WTO once Lamy's term expires at the end of August.
The WTO's leader, tasked with trying to keep stalling global trade talks alive, is not formally elected but rather chosen by consensus among the organisation's 159 member states.
A trio of senior WTO member-state diplomats have spent recent weeks sounding out their fellow delegates to assess which candidates were likely to muster the most support, with those found wanting then pulling out.
Those who fell at the first hurdle earlier this month were from Kenya, Ghana, Jordan and Costa Rica.
In this week's polling, the candidates deemed as least-likely to win support were from Indonesia, South Korea and New Zealand.