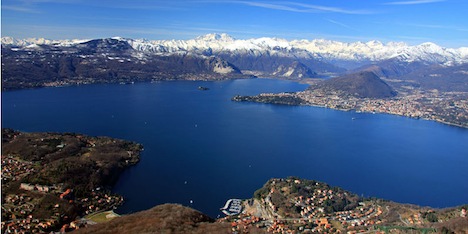 The department this week issued a level-three warning for flooding for lakes, which threatened to become critical as of Thursday.

Although for the moment only a few footpaths were under water as of Wednesday, further rain overnight was expected to heighten the danger.

The water level of Lake Maggiore. the largest lake in the canton, straddling the Italian border, was within 0.4 metres of triggering flooding, the ATS news service reported.

The Corriere del Ticino newspaper reported on its website that parts of the waterfront in Locarno were under water.

Water rose above containment barriers and submerged the Peace park, while areas of the waterfront normally accessible to the public were closed as a precaution, the newspaper said.

The danger level has passed, however, at Lake Lugano where water levels have already begun to drop.

The precipitation has amounted to more than 330 litres per square metre in some regions of the canton, ATS reported.