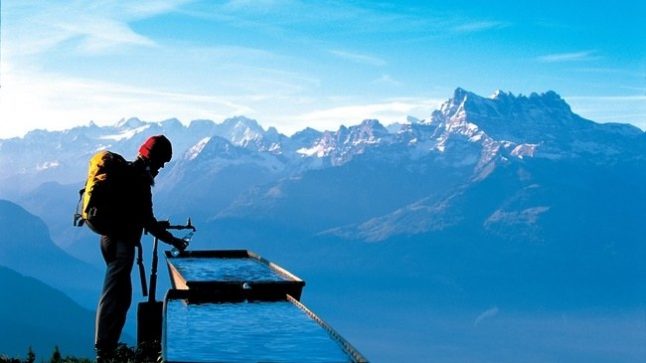 The victim was extreme skiing with another French colleague down a steep slope at an altitude of 2,800 metres in a couloir at around 10.30am when the accident occurred, police said.

For reasons not immediately known, the man fell 300 metres.

Despite the rapid intervention of an emergency response team, involving an Air Glaciers helicopter, a doctor flown to the scene found the man was already dead, police said.

Extreme skiing, a sport begun in the 1970s, involves skiing on long, steep slopes, typically from 45 to 60 degrees.

Because of the difficulty of the terrain, a single mistake can be fatal.

The Dents du Midi, a mountain in the Alps with seven summits or “teeth” that dominate views from the east end of Lake Geneva, is not served by any lifts.

The skiers would have had to climb before making their descent.