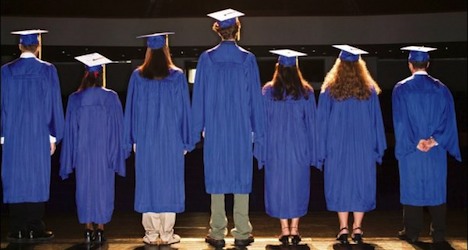 The school, which promotes its cultural diversity, has campuses in Leysin and Caux, in the canton of Vaud, and attracts students from around the world.

But 20 Minutes reported online that some students are planning to stay away from the Feydey church in Leysin on Saturday when diplomas are handed out.

“We pointed out to management that we do not want the graduation to take place in a church,” a Muslim student told the newspaper.

“But this international school, which pretends to respect diversity, does not take any account of Muslims.”

The school has reportedly informed students that if they prefer not to attend the ceremony at the church they will receive their diplomas by registered mail.

The student interviewed by 20 Minutes said a lawyer for the parents of another student had written a letter of protest to the school.

Also, a journalist from the Middle East apparently plans to film the ceremony.

“The school does not realize the impact this stubbornness will have in the Arab world,” she said.

An official from the church said that the graduation ceremony will not be in any way religious even if Christian images will not be removed.

Florent Rondez, CEO of the Swiss Education Group, owner of the school, told 20 Minutes the religious images would be covered up.

Rondez said the school decided to hold the graduation in the church because of its size “to be able to accommodate the 230 recipient students and their families.”

He acknowledged that some students had indicated to the school that their parents would “feel uncomfortable in a church”.

The Swiss Hotel Management School counts students from 100 different nationalities at its campuses at Caux and Leysin in the Vaud Alps.

The school is one of four hotel management schools run by the Swiss Education Group, with numerous campuses across the country.