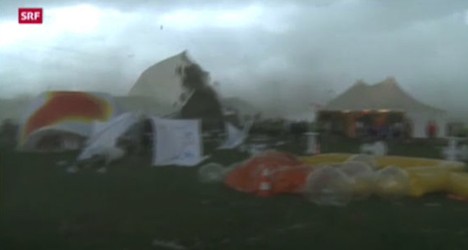 Ambulances from the cantons of Bern, Solothurn and Neuchâtel took the victims to hospitals, with help from the Swiss army.

At a press conference police said 33 of the victims were not seriously injured.

The festival was forced to cancel an opening ceremony on Thursday evening last week, also due to high winds.

The latest storm was more serious, according to media reports.

“People were running for their lives,” said Matthias Rusch, an editor with Swiss broadcaster SRF.

He described how the marquee tent flipped in the air and many people were trapped under the debris.

Hundreds of people are camping in tents at the festival, many of which were thrown into the air and scattered around the grounds.

The storm originated from France and tracked through Geneva starting around 4pm, moving across the northwest of Switzerland through the cantons of Vaud, Bern, Neuchâtel, Jura and Basel.

Winds gusting up to 130 kilometres an hour were recorded in Geneva.

Hailstones as big as five centimetres in diameter were reported in Neuchâtel.

The storm, coming a day before the first official start of summer, passed rapidly through the country, lasting just 15 minutes in Geneva before moving on.

It came on the heels of a four-day heatwave in Switzerland with temperatures well above 30 degrees, a period that followed earlier bouts of heavy rain and windstorms. 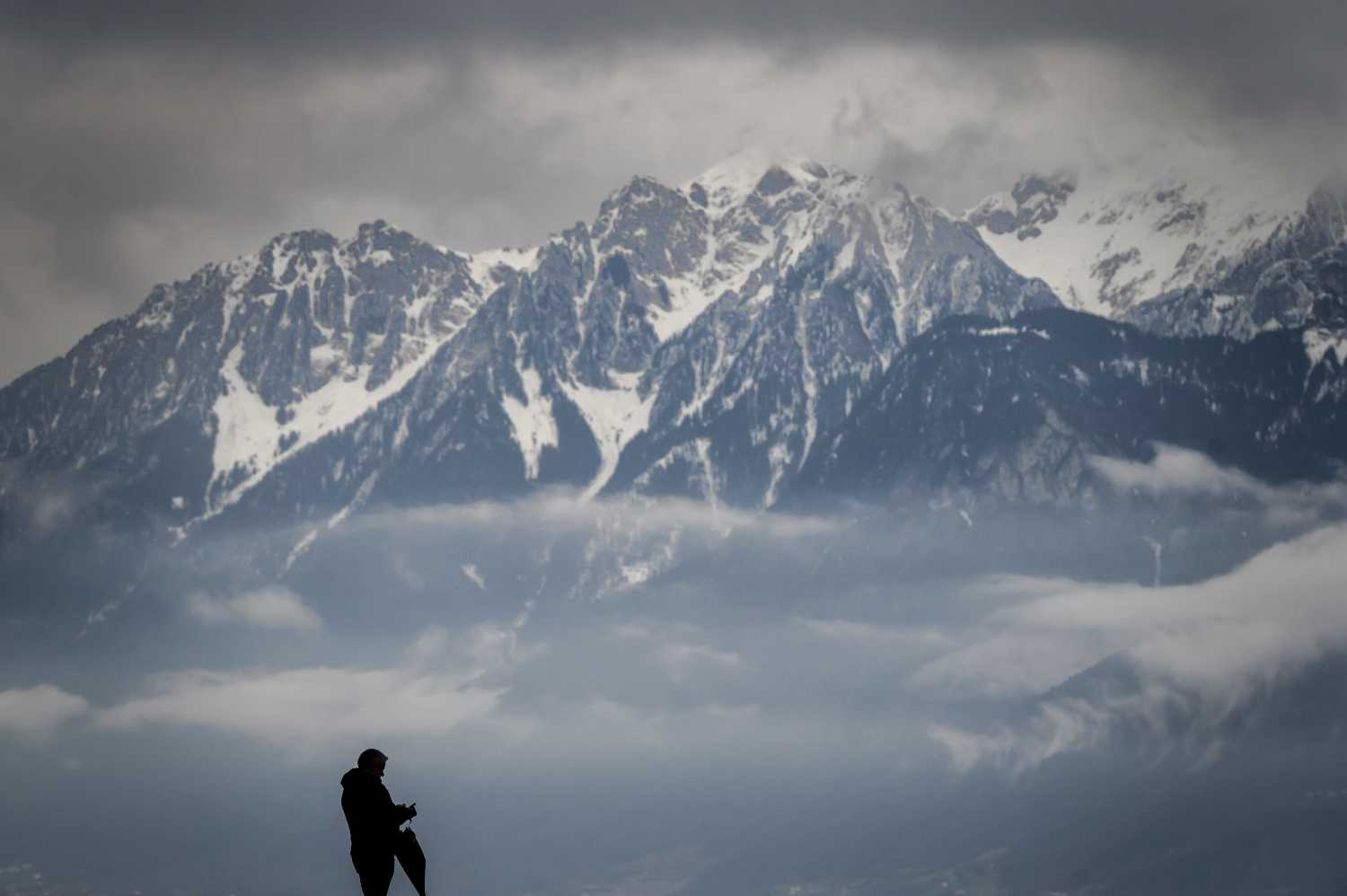 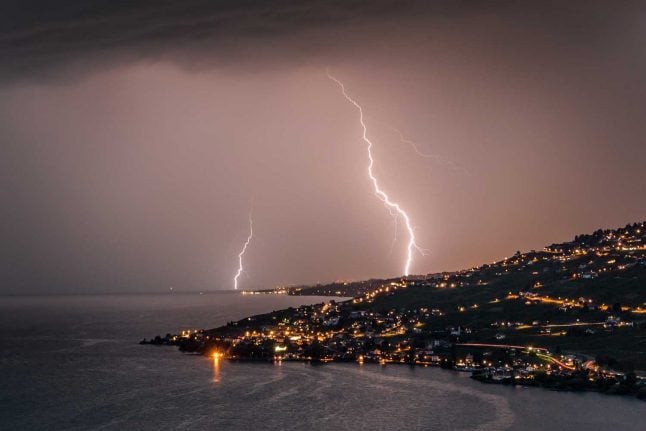 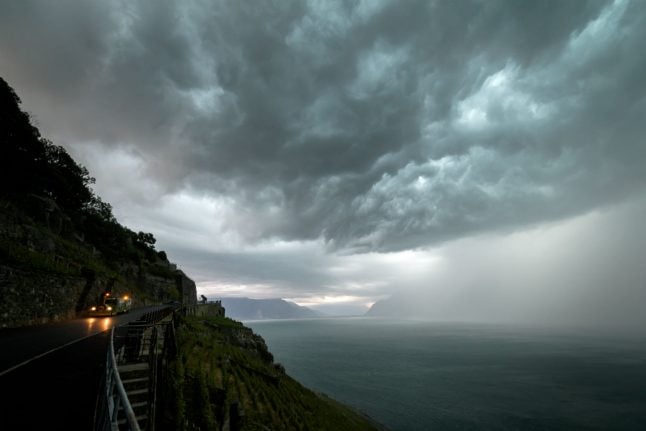 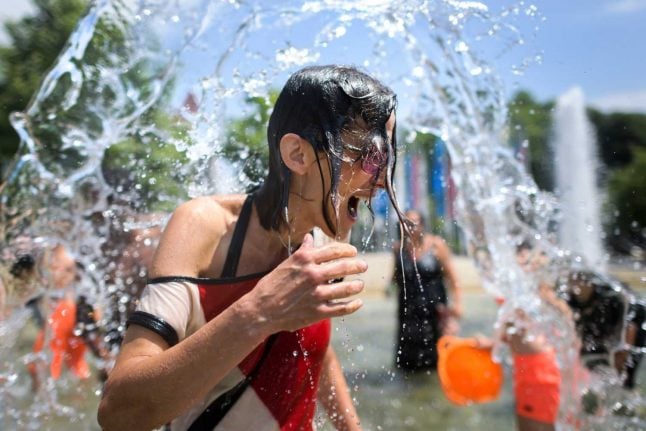 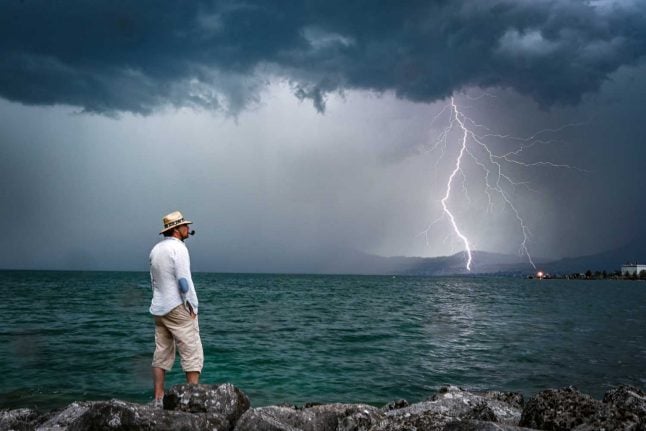