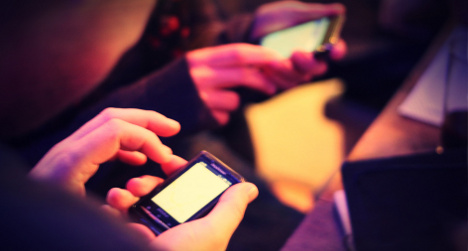 But a decision was made to set aside punishment for the girl, Beat Fritsche, spokesman for the canton of Zurich’s youth advocate department, told the 20 Minuten newspaper.

Under the canton’s juvenile justice system it is possible to set aside punishment in cases where a “teenager is so hard hit by the consequences of his (or her) act that a penalty would be inappropriate,” the newspaper reported online on Sunday.

This was the case with the girl involved in the video, said Fritsche.

“She was hit hard by the wide distribution of the video and was also insulted and offended,” he was quoted as saying by 20 Minuten.

According to earlier reports, the “ice tea sex tape”, clocked up around 15,000 views before it was removed in December last year.

A total of 11 teens were initially charged with downloading and distributing the video via the mobile phone application WhatsApp.

In December last year, 20 Minutes reported that the girl was subjected to continuous “cyber-bullying” as a result of the video being circulated via mobile phones on WhatsApp.

“The girl is the victim and it is therefore right that no penal consequences follow,” Oetiker told 20 Minuten.

He said young people who are victims of extreme cyber-bullying need support.

Oetiker added that he hoped the case would have a ripple effect serving to make girls and young women more cautious “when it comes to posting pictures of themselves”.

Other teens involved in the iced tea affair were earlier ordered to perform community service.