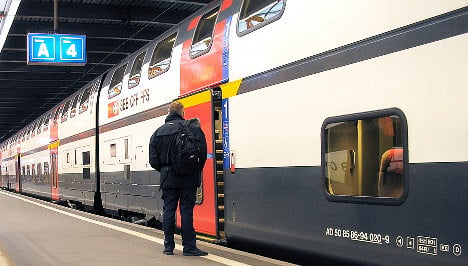 In March, SBB reported that its infrastructure division was the victim of fraud involving millions of francs.

The Berner Zeitung shed more light on the affair online on Tuesday, reporting that the former owner of an unidentified Thurgau construction firm and a senior employee worked with several rail employees who produced fictitious invoices for payment.

A criminal case was launched against three SBB employees who were fired in the summer of 2012, while a fourth is under investigation, the newspaper reported.

The cases of phoney billing came to light in 2009 when the Thurgau construction firm was taken over by the Rhomberg Group, an Austrian business.

The new owners noted accounting irregularities but it was only in 2012 that Rhomberg informed SBB of the misconduct of rail staff.

The company subsequently filed a complaint wit the attorney general, who is now challenged with finding out exactly how much money was defrauded from the SBB and over what period of time, the Berner Zeitung said.

The newspaper said the two individuals involved with the Thurgau construction company were active as local politicians.

The SBB said it has tightened financial controls, introducing a new electronic system for ordering and invoice approval.

The Berner Zeitung reported being informed by SBB employees who believe there are other fraud cases yet to be uncovered.

"A similar case is not currently known to us," SBB spokeswoman Franziska Frey told the newspaper.

"The SBB will not tolerate fraudulent transactions."

Frey acknowledged that despite strong internal controls "such cases can never be completely rule out".