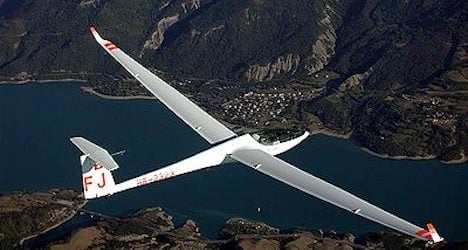 The 56-year-old man, identified by Swiss media as Stephan Bürgin, the CEO of a Zurich company, was found in the morning in the Haute Provence Alps, south of Grenoble.

Bürgin had taken off on June 25th from an aerodrome in Gap-Tallard aboard his glider, a Flugzeugbau DG-800 model, equipped with a motor.

The German plane is described as the world’s top-selling “self-launcher” glider with a top speed of 270 kilometres an hour.

It is not clear what happened.

“The weather conditions did not prevent the take-off and the flight,” the Hautes-Alpes local government said during search operations, AFP reported.

The pilot, who had more than 400 hours of flying experience, was not the most experienced but was also not a novice, the news agency said.

The victim was identified on Wednesday as the CEO of Elma Electronic, a Zurich-based company, the SDA news agency said.

Local officials had called off a full-scale search for the Swiss man on Friday.

A plan to search for Bürgin was initiated a day after he went missing, involving 150 military and search and rescue specialists, aided by several helicopters from police and the French Army.