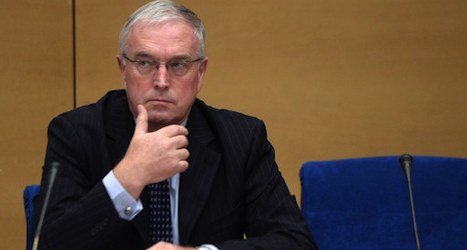 But he also slammed what he dubbed a "contemptible smear campaign" against him in the run-up to the election between him and British Cycling president Brian Cookson.

"The congress has to make a decision as to what type of president it wants," McQuaid told AFP.

"I have been a strong president for the past eight years," the Irishman said.

"The congress knows that I am the type of president who will stand up and defend the sport rigidly and strongly if I had to defend it were it to be attacked unfairly and strongly," he said.

"It happens in cycling a lot."

McQuaid added: "I do think there is a certain movement out there against me, which doesn't want me to be the president of the UCI for their own political reasons, or for their own personal reasons.

"I would like this to be a campaign based on two individuals with their programmes for the future, but there are others involved who seem to have a different agenda.

"I have seen evidence of a smear campaign which has developed against me which I think is unfair and contemptible."

McQuaid's manifesto for re-election, called "A Bright Future for a Changed Sport", is based on a "new culture and era of clean cycling" in the wake of the highly damaging Lance Armstrong doping affair.

"Cycling has changed since I was first elected as UCI president in 2005," he said.

"It is now a global sport," McQuaid said.

"It is now possible to race and win clean," he said.

"We have travelled a great distance together and we must never turn back from cycling's bright future.

"My mission now is to preserve the changed culture within the peloton and team entourage.

"I have introduced the most sophisticated and effective anti-doping infrastructure in world sport to cycling.

"Our sport is leading the way and I am proud that other sports are following in its footsteps."