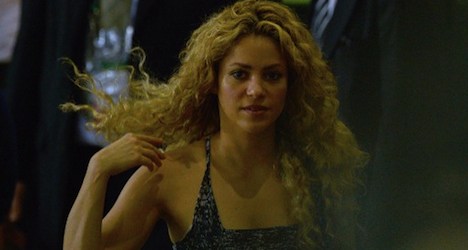 "The judge's decision in this matter was very strict," said Bonnant, one of the biggest names in the Swiss legal field, celebrating that la Rua's "shameful, parasite-like attempts were rejected hands down".

The ruling, issued last month, has not been published.

Shakira and de la Rua — son of a former president of Argentina — split in 2010 after a decade together but reportedly remained friends.

Their ties soured, however, as de la Rua sought what he charges is his due for deploying his marketing and management skills to craft Shakira's public persona and turn her into an international star.

In November last year he filed a $100-million lawsuit against Shakira in the United States.

The Geneva case centred on de la Rua's claim that he had joint rights to Shakira's company, and that its bank account should therefore be seized, but Bonnant said the court found no evidence to prove that.

In addition, he said, Shakira's team provided pre-nuptial agreements between the couple which barred de la Rua from a share of her wealth.

Swiss media reports have said that the account in a swish Geneva bank was worth $50 million and, while declining to confirm the exact figure, Bonnant said the sum was accurate.

De la Rua's lawyer My-Linh Schifferli told AFP that her client had opted not to appeal, but that she saw the court ruling as deeply wrongheaded.

"It was made via a summary procedure, without a hearing involving the parties," she said.

"It's based essentially on the fact that no written company contract existed between the two parties and on old prenuptial agreements which foresaw a ring-fencing of property," she added.

Despite losing his case in Geneva, de la Rua is unbowed, Schifferli underlined.

"This decision in no way prejudices the proceedings on merit, nor any possible financial claims Mr. de la Rua may have against Shakira for his activities in the affairs of Shakira," she explained.