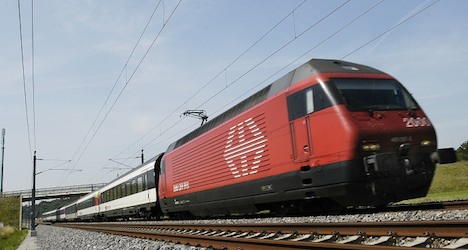 An upgrading of the engines, to be done at an industrial workshop in Yverdon-les-Bains in the canton of Vaud, will allow the rail operator to save 27 gigawatt-hours of electricity annually, it said.

The energy savings are enough to provide power for 6,750 homes, the equivalent of a town such as Olten in the canton of Solothurn, SBB said in a news release.

New equipment will be installed in the electric-powered locomotives to allow energy from braking to be recuperated, the rail operator said.

Every day the locomotives collectively travel around 104,000 kilometres and each is capable of pulling enough carriages to accommodate 700 passengers, SBB said.

They were introduced as part of the Rail 2000 project, approved by voters in 1987, to improve the quality of the Swiss rail network.

The first stage of the project was completed in 2004 at a cost of 5.9 billion francs, while the second stage, estimated at 7.5 billion francs, is expected to be complete by 2022.