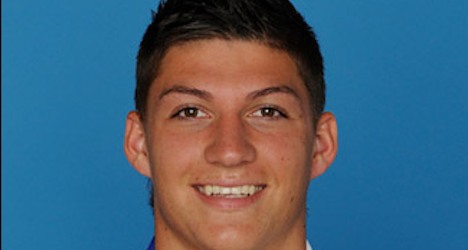 "I'm really happy to join the club which is well known not only in Russia but also around the world," the former Swiss under-21 international said.

"I hope I will be able to win more trophies with my new club both in Russia and in Europe," Zuber said.

"Here in CSKA I will have an opportunity to play in the Champions League," he said.

"It was my dream to play in this tournament and it was one of the main reasons to join the Russian champions.

"I also had proposals from other European clubs but only CSKA showed serious interest in my services and I didn't hesitate a lot before I decided to come to Russia."

After his first pre-season warm-up match with CSKA, Zuber said he expected CSKA to help him develop as a player and one day earn a full international call-up.

"It was my great pleasure to play in the team with the great players like Vagner Love, Keisuke Honda and Alan Dzagoev," he said.

"I hope to improve my skills rapidly in the company of such outstanding partners.

"I also hope that playing well with CSKA will help me to win a place in my country's national squad."