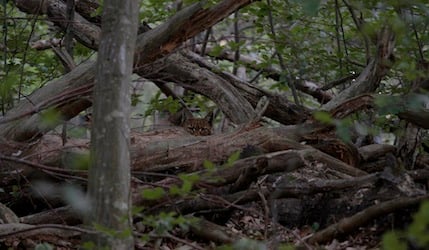 Instead of being destroyed the wild cat has been resettled in a Zurich nature park, where it’s hoped the female will bear young, the Swiss news agency SDA reported.

The one-year old lynx, known as Luna, was captured on Tuesday next to a freshly slaughtered sheep and taken to the Wildnispark Langenberg.

The Federal Office of the Environment gave its blessing to the decision to move the animal to a park, SDA said.

Luna will take the place of the park’s breeding female, which is now 14 years old.

The canton of Bern had authorised the shooting of the lynx in the middle of July.

He said this was unusual behaviour as lynx normally caught one prey item a week, and preferred deer to sheep.

According to the lynx management concept, a specimen can be ordered to be destroyed if it kills 15 livestock animals over a one-year period within a perimeter of five kilometres.

In this case, while the conditions were not fulfilled, the destruction of the animal was considered inevitable because of the danger it posed to livestock.

Luna has already spent a period in captivity. She was found orphaned and emaciated in the autumn of 2012 and taken to a wildlife facility at Utzenstorf in the canton of Bern.

She was nursed back to health before being released in May in the Diemtigen region of Bern.

Lynx were hunted to extinction in Switzerland by 1915 before being reintroduced in 1971.

There are now estimated to be more than 100 of the animals in the country.