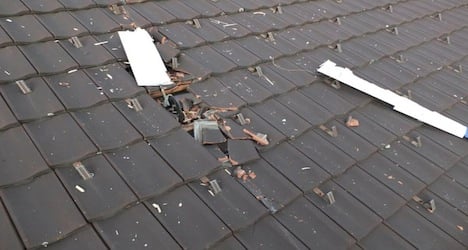 The Blick and 20 Minuten newspapers reported that the remote-controlled model plane crashed through the roof of the apartment building on Tuesday afternoon.

Although just 2.5 kilograms heavy the plane caused substantial damage when it came down.

The model aircraft had flown out of control and plummeted to the ground when the 31-year-old man who had been flying it lost sight of it.

Police found the wreckage of the plane in the living room.

No one was in the house at the time.

“It is amazing what an impact the plane made. It was lucky no one was sitting there at the time,” Blick quoted police spokesman Hanspeter Krüsi as saying.