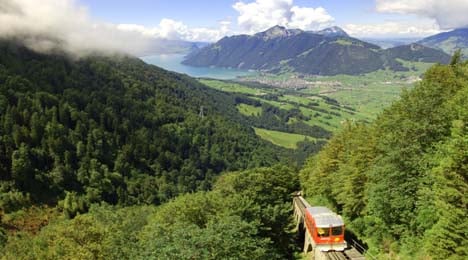 A funicular in operation in the Schwyz region. Photo: picture alliance/dpa-tmn

Police in the mountainous central canton of Schwyz said it was not clear why the family had been using the gondola, which was  meant only for the transport of goods.

The accident occurred on Saturday at Alp Bärlaui, when a wooden gondola carrying the family plunged 30 metres (98 feet) into the forested mountainside.

Police said the car came off the cable 900 metres into its doomed journey from its top station at Alp Bärlaui.

The 38-year-old Swiss father and 31-year-old Canadian mother tumbled over a rock face and were killed instantly, police said.

The baby's life was saved by the fact that she was being carried in a rucksack, and by branches and bushes which stopped her fall.

Transport gondolas make it easier to move supplies to and from mountain chalets and pastures, and it is illegal for them to carry people.

Police said the infant was out of danger. 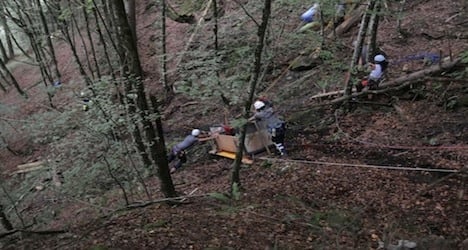