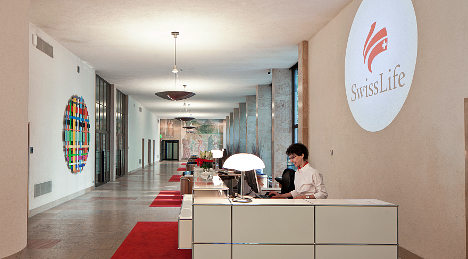 The group also said it was "on track" with its cost-cutting programme "Swiss Life 2015" which is aimed at saving it between 130 million francs ($140 million) to 160 million francs.

Analysts polled by Swiss financial newswire AWP had expected a much lower net profit of 369 million francs, causing the company's share to surge by three percent to 178.40 francs in afternoon trade on the Swiss stock exchange.

"All market units are growing in terms of both premium income and their contribution to the group result," he said.

"Thanks to strict margin management and further improvements in the product mix, we increased the new business margin from 1.4 percent at the end of 2012 to two percent at half-year 2013," he said.

The company said that in Switzerland, where the group generates more than two-thirds of its revenues, it posted a premium income growth of five percent, while in France — which is its key market abroad — premium volumes rose by eight percent.