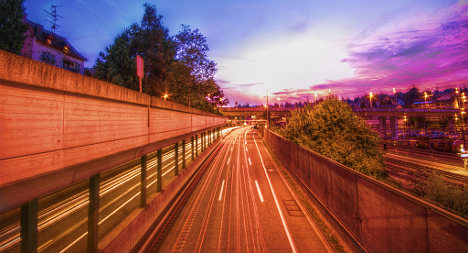 Inside the country, residents spend an average of an hour and a half each day using some form of transport, the federal statistics office said in its “Mobility and transport 2013” report released on Tuesday.

Around a third of the average distance travelled — 6,900 kilometres — is undertaken in a foreign country, said the report, using figures from 2010.

The per capita average distance travelled daily in the country that year was 37 kilometres, 5.3 kilometres more than in 1994.

If half the trips were made in a car, the report found that 19 percent of journeys were made using public transport, 26 percent by plane, four percent by alternative transport (cycling, walking) and two percent by other forms of transportation.

Among other findings, the report said one resident in two has access to a car.

The number of registered motor vehicles increased 89 percent to 4.3 million in 2012 from 1980, the report said.

Over the same period the number of motorcycles quintupled to 700,000.

The report said motor vehicle traffic was responsible for 38 percent of carbon dioxide emissions in Switzerland in 2011.

It also highlighted the deaths recorded on Swiss highways last year (339) and on railways (28), with an additional 22,000 injuries.

PARTNER CONTENT
Where are you going this summer? Why Malta is the perfect Mediterranean escape
Url copied to clipboard!