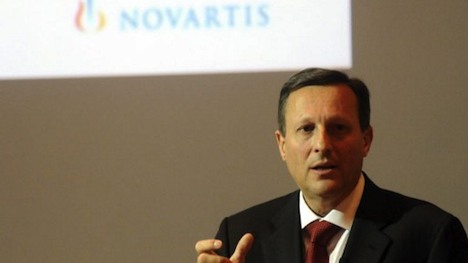 Daniel Vasella told the Financial Times that the firm's board was responsible for the payout, which was eventually radically cut back after a shareholder revolt.

"Fundamentally, I don't believe you should curtail yourself [in a negotiation]," he told the paper.

"The board . . . has to decide and has the responsibility for whatever comes out."

Vasella will now receive 2.7 million Swiss francs in cash, and shares worth about 2.2 million francs, for services during the transition period since he left in February this year.

The total amount is about one fifteenth of what he would have received.

However, he is to continue acting as a consultant for the firm at a high daily fee.

He told the FT that his severance package was "within the bracket" of top-executive payouts and said the figure was "negligible" given the returns he had generated.