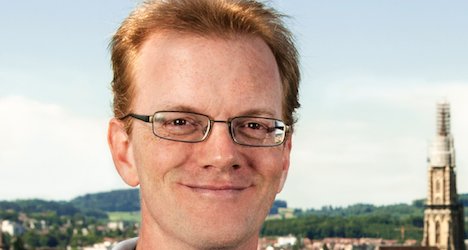 What kind of response has there been to Le Suissologue so far?

It’s been great. The first print run has sold out already and it had really good coverage in the main media in French-speaking Switzerland.

Although in English it’s three years old and in German it’s a year old, in French everyone’s treating it like a brand new book that they’ve always been waiting to read.

Do you think the Swiss are interested in how outsiders see them?

I think so, as in any country. Bill Bryson has made a living out of talking about the British to the British, being an American. I think the Swiss are just as interested, especially at the moment when a lot of the news about Switzerland in the outside world is not good news: it’s banking secrecy and Oprah Winfrey.

So I think to have someone who lives here and who loves the country writing about it from the point of view of an outsider, but an outsider who lives here, makes them look at themselves in a new light.

What’s your take on Oprah Winfrey’s allegation that she was a victim of racism in a Zurich store?

I think it’s a mix of three things. One is that service here generally is quite cold and unfriendly. Especially for an American who’s used to over-the-top service it can come across as being bad service.

And in Zurich especially, in posh shops there’s a certain degree of snobbery. I think if she had been a white American woman she might have got the same service. So that comes in to it as well.

And then, sadly, I think there could possibly be some degree of racism. I think Switzerland is much like any other country – there are racist people living here.

But I think the difference here is they feel they can say what they want. My Swiss friends say ‘in Britain or America you’re too politically correct’. That may be the case.

But it’s also the case that Switzerland doesn’t have a history of colonies or multiracial integration that other countries have had. It’s a relatively new thing to have non-white, non-Christian people living here and visiting here.

What are the positives for you about the Swiss and Switzerland?

Chocolate is a big positive because before I came here I didn’t like dark chocolate. You used it for cooking, it wasn’t something you ate.

And then I came here and it tastes great and has a nice texture. So I have been transformed into a dark chocolate lover.

I like the fact there’s a level of trust here. Shops leave stuff outside their door and no one nicks it.

And when we moved house we just left our stuff outside on the pavement. So there’s a level of trust and security which, having lived 17 years in London, I wasn’t used to.

And we're guessing you also love Swiss trains and the punctuality, as most people do . . .

Why else would you go up Mount Rigi on a train or up to Kleine Scheidegg other than for the train ride itself? And that’s a relic of what I’ve written about in my new book, Slow Train to Switzerland, the history of tourism and the British involvement.

When I was researching Swiss Watching I found a diary second-hand online which was written in 1863 by a woman who was a participant in the very first Thomas Cook tour to Switzerland. I retraced the route to see how much had changed from her descriptions.

And so Slow Train to Switzerland is a mix of her journey, with quotes from her diary, and my journey 150 years later, and all the history in between.

To find out more about the book or to order copies, visit: www.dicconbewes.com 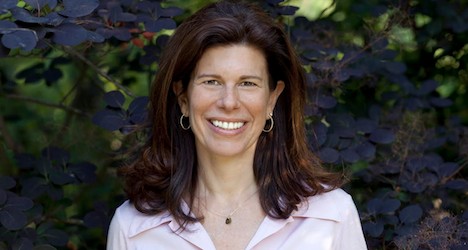 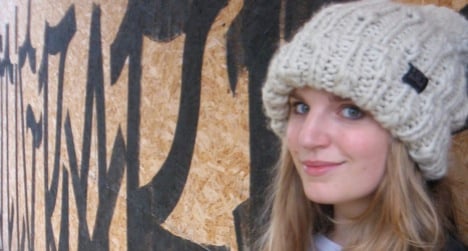