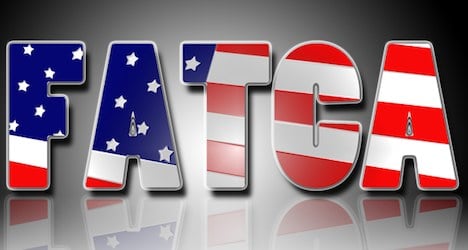 With 112 votes in favour, 51 opposed and 21 abstaining, the lower house of the Swiss parliament approved the US Foreign Account Tax Compliance Act (FATCA).

The law, which has already been approved by the upper house of the Swiss parliament but still needs to bounce back there for a final stamp of approval, is set to take effect next July, the ATS news agency reported.

Switzerland is one of a long line of countries that has so far agreed to comply with FATCA, which aims to ensure that all US citizens can be taxed by the Internal Revenue Service on their income and assets worldwide.

By complying with the law, Switzerland hopes to help settle a bitter dispute with Washington over the role of Swiss banks in tax evasion by US citizens.

Swiss banks are believed in the past to have accepted tens of billions of dollars belonging to American citizens who have not declared these assets to US tax authorities, though they now refuse such money.

FATCA only addresses current and future accounts held by Americans, but Bern also recently agreed to a controversial deal focused on making amends for past wrongdoings by the banks.

That deal offers individual Swiss banks the opportunity to avoid US prosecution if they agree to pay "substantial fines", and provide details on US citizens' accounts, including the sources and destinations of funds transferred to and from the accounts.

FATCA meanwhile requires foreign financial institutions to report all assets in accounts held by US citizens to the IRS.

But to avoid completely circumventing Switzerland's once sacrosanct bank secrecy laws, the deal ensures that information cannot be transferred automatically without the client's consent.

If a client refuses consent, information about their holdings can still be exchanged, but then only through group requests under an existing double taxation agreement between Switzerland and the United States.

According to Bern, social security funds, private pension funds and property and casualty insurers have also been excluded from the Swiss FATCA filing requirements and bank compliance has been simplified.

The agreement, which is expected to erode Swiss bank secrecy laws, has come under widespread criticism, tempered by recognition that without a deal the country's all-important financial sector could lose access to the US market.