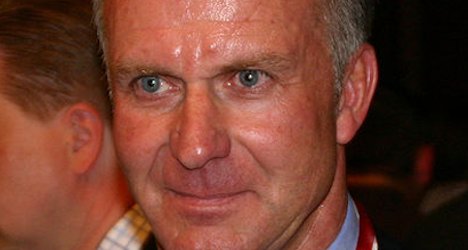 Bayern Munich boss Karl-Heinz Rummenigge, head of the European Club Association, said there was major disquiet among its 214 member teams about the idea, floated by FIFA and backed by UEFA.

"We would like to be involved in the decision-making process on a serious and high level," Rummenigge said.

"Because it is, of course, impacting our business, so we want to have the guarantee that we will be involved in the decision-making process," the former Germany star told reporters as the ECA's general assembly wrapped up in Geneva.

Sepp Blatter, president of global football's governing body FIFA, has insisted that shifting the World Cup from its traditional months of June and July makes sense for 2022.

Summer temperatures in the Gulf can hit a blistering 50 degrees Celsius, but cool to the mid-20s in the winter.

This week, Blatter upped the ante by saying it was not responsible to play in Qatar in the summer, even though technology exists to cool venues.

European nations, in particular England, have cried foul at the idea of holding the globe's most-watched sporting event in January and February, however.

They underline that Qatar bid to host the tournament during Europe's June-July close season, and that a change would disrupt their domestic leagues.

Rummenigge said heat was part and parcel of football, recalling the stifling weather when he played in the 1986 World Cup final in Mexico.

Northern hemisphere summer dates have been stuck to in the past even when the World Cup was staged in the southern hemisphere — the weather at the 2010 edition in South Africa was often chilly, for example.

But Blatter argues that June and July are never set in stone, and that rescheduling would reflect football's global appeal by showing that anyone can host the World Cup.

The 2022 edition will be the first in the Arab world.

"I believe everybody was a bit surprised," Rummenigge responded when asked whether choosing Qatar was wrongheaded.

"But I don't know if it was a mistake, because the policy of FIFA was always to bring the World Cup to different continents," he noted.

He said European football understood fully that it was not alone on the planet.

"Of course we need a global solution, not just a solution for Europe," he said.

"That's why we have to be sensible to find the best solution."

Michel Platini, head of European football's governing body UEFA, has also backed a switch, last month slapping down the English Premier League, who insist that moving the location makes more sense than shifting to the winter.

The issue will be under discussion at a UEFA board meeting next week, while Blatter wants it on the table at a session of FIFA's executive in October, but Rummenigge insisted things should not be rushed.