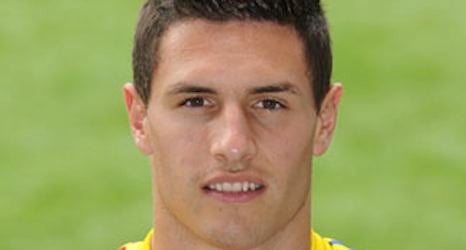 Fabian Schär: hero of the hour for Switzerland. Photo: Uefa.com

The FC Basel player scored at the 12-minute mark of the game in Oslo with a header before repeating the same trick for an insurance goal after 51 minutes of play.

The victory virtually assures that Switzerland will qualify for their third successive World Cup championship.

“Everyone who is here wants to go to Brazil,” Schär told Swiss TV broadcaster SRF.

“We have the goal in sight and everyone is going for it.”

The Swiss are undefeated after eight qualifying matches, having won five and drawn three for 18 points at the top of the table for Group E.

That’s five points ahead of Iceland, the underdog team that came from behind to tie Switzerland 4-4 in a home game in Bern last Friday.

That stunning result led fans at the Stade de Suisse in the Swiss capital to whistle in derision but the victory over Norway seems to have turned morale around.

Iceland beat Albania 2-1 in a home game on Tuesday night to move ahead of Norway in the Group E standings.