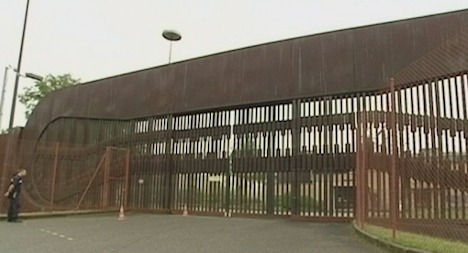 Fabrice Anthamattan, 39, was released from Champ-Dollon prison in the canton of Geneva on Thursday under the supervision of Adeline Morel, a sociotherapist.

Morel, 34, was supposed to accompany Anthamattan for a session of “equestrian therapy” designed to help the prisoner, who was nearing the end of his jail term, to reintegrate into society.

The pair never appeared for the session and Geneva police on Friday confirmed that Morel’s body was found in a wood near Versoix, a municipality northeast of the city of Geneva, sparking an international manhunt.

Anthammatan is believed to have fled toward Basel with his whereabouts given away by Morel’s mobile phone, which remained in the car the prisoner apparently used to make his getaway, according to media reports.

The German newspaper Badische Zeitung reported that police surrounded a house in Weil am Rhein.

Police confirmed that they were looking for the escaped prisoner and suspected murderer.

However, he remained on the run on Friday night.

Meanwhile, Geneva officials held a press conference late Friday afternoon to explain how a dangerous criminal like Anthamattan was allowed to be released in the custody of a psychotherapist.

Sandra Favre de Oliveira, director of the cantonal detention service, told reporters that the director of the sociotherapeutic centre where Anthamattan was being treated made the decision to allow the prisoner be released in Morel’s custody.

The prisoner was let out under similar circumstances on September 3rd and employees considered that his behaviour was “adequate”, the director said.

Pierre Maudet, Geneva cabinet minister responsible for security, immediately ordered the suspension of any temporary release of prisoners in the canton until further notice.

Anthammatan committed his first sexual assault in 1999 and was subsequently arrested by cantonal police in 2000, 20 Minutes newspaper reported.

While on temporary release, he sexually assaulted another woman in the neighbouring French region of Pays de Gex, the newspaper said.

In October 2001, he was sentenced in to five years in prison by a Geneva court.

In the same month he was sentenced by a French court in the department of Ain to 15 years in jail, 20 Minutes said.

At Anthammatan’s request he was allowed to serve his sentence in Switzerland, where he began receiving “sociotherapy” treatment at the Champ-Dollon prison in August 2012.