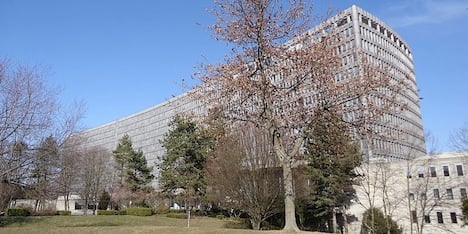 The number of child labourers fell to 168 million last year from 246 million in 2000, said an ILO report released ahead of a Global Child Labour conference in Brasilia next month.

It hailed particular progress in cutting the number of youngsters doing hazardous work, "likely to harm the health, safety or morals of children," which had fallen to 85 million from 171 million in 2000.

"We are moving in the right direction, but progress is still too slow," ILO director-general Guy Ryder said in a statement.

"If we are serious about ending the scourge of child labour in the foreseeable future, then we need a substantial stepping-up of efforts at all levels," Ryder said.

While the numbers have fallen substantially, 11 percent of the world's children are still working instead of attending school — half of them doing hazardous work, said Constance Thomas, who heads the ILO's International Programme on the Elimination of Child Labour (IPEC).

The organization has set a 2016 target of ridding the world of hazardous child labour, which includes dangerous work within a wide range of sectors including agriculture, mining and construction.

But "we're probably not going to reach that target at this pace," Thomas told reporters in Geneva.

To further reduce child labour, she stressed that countries needed to forge ahead with more policies promoting education, social protection measures and poverty reduction, as well as creating decent jobs for adults to remove the need of sending children to work.

Most child labourers are found in the Asia-Pacific region, which counts 78 million of them, down from 113.6 million in 2000.

Thomas said Cambodia especially had seen a "fairly dramatic decrease" in child labour, which now affects 12 percent of its children, compared to 26 percent in 2000.

But Mongolia, which until recently was on track to eliminate the worst forms of child labour, has suffered a significant setback, with figures rising nearly two percent from 2007 after a harsh winter storm ruined the livelihoods of many families, she said.

In Sub-Saharan Africa, the worst-hit region in proportion to its population where more than 21 percent of children work, Uganda, Cameroon and Madagascar were among those making good progress, while Rwanda is heading "in the wrong direction," Thomas said.

The ILO report also showed that 9.2 million children are considered underage labourers in the Middle East and North Africa, while some 12 million are found in Latin America and the Caribbean.

Agriculture remains the sector where most child labourers are found, accounting for nearly 59 percent of all working children, the report showed.

But an increasing share were also working in more urban settings such as the manufacturing industry.

The report noted that progress has especially been made in reducing the number of girls in child labour, with the number falling by 40 percent over the 12-year-period, a drop the ILO attributed to a variety of gender-focused measures in many countries.

The number of girls doing hazardous work declined by more than half over the same period.

The figures do not however include household chores, which are predominantly performed by girls, the report added.