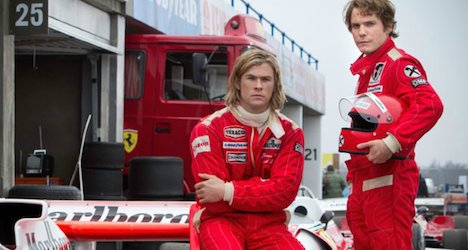 Two of the film’s stars, Daniel Brühl and Alexandra Maria Lara, were in attendance, among a clutch of Hollywood names dropping by for the festival opened by federal Home Affairs Minister Alain Berset, responsible for culture.

The 11-day festival in Switzerland’s largest city features 16 premieres among the 122 films to be shown.

Other stars scheduled to make appearances include American actor Harrison Ford, who is to receive the festival’s Golden Eye award for lifetime achievement on October 4th.

Ford is set to attend a tribute in his honour at the Corso cinema.

Hugh Jackman is slated to be honoured with the festival’s Golden Icon award on Saturday (September 28th), when the Australian actor and producer will present his latest film, the thriller Prisoners.

US film producer Harvey Weinstein, co-founder of Miramax Films, will give a talk on Sunday ahead of an evening screening of his latest project, One Chance, the story of a singer who became famous overnight after performing arias on “Britain’s Got Talent”.

Le Week-End, a comedy from English director Roger Michell, is also on the list, telling the story of how a long-married British couple try to rekindle their love life with a visit to Paris.

This year’s festival is spotlighting films from Brazil and expanding its film music competition.

Nadja Schildknecht, co-director of the festival with Karl Spoerri, said organizers want the event to grow at a moderate pace.

“A higher budget of 6.1 million francs made it possible to optimize our corporate structure, as well as further develop the contents of the programme,” she said in a news release.

“A large part of the the event’s infrastructure is located around the Sechseläutenplatz — the rest at Sihlcity, ensuring the ZFF remains a festival of short distances, which is highly appreciated by our guests.”