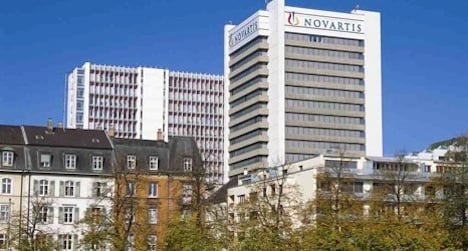 A health ministry panel of experts has concluded that Novartis Pharma KK should be held responsible for studies at various universities that used manipulated data on a popular blood pressure drug, the Asahi Shimbun and other media said.

The studies suggested the drug —  sold under the name Diovan in Japan and licensed for use in more than 100 countries — had some prophylactic effect on strokes and angina.

"The panel is examining the possibility of exaggerated advertisement which is a violation of the Pharmaceutical Affairs Act and will urge the government to take strict actions," against Novartis Pharma KK, the Asahi said.

Upon receipt of the panel's interim report next week, "the health ministry plans to carry out an on-site investigation" into the company, the Asahi said.

The panel's report will also say the company and the universities must be held accountable for the faulty studies, regardless of the degree of their involvement, the Mainichi Shimbun said.

The panel will also urge the authorities to estimate the financial impact of the studies on the nation's health insurance finances, the Mainichi said.

Basel-based Novartis has maintained that the company had no knowledge of episodes in which a now-former employee allegedly used bogus data in a string of Japanese university studies that exaggerated the drug's effectiveness in preventing strokes and angina.

The worker had hidden his affiliation with Novartis during the studies at various institutions that used incomplete clinical data to demonstrate the effects of the drug, hospitals and media reports have said.

The worker and other researchers involved in studies have denied to the panel that they manipulated the data, the Mainichi previously said.

Novartis Pharmaceuticals chief David Epstein was called to meet with Health Minister Norihisa Tamura and promised Thursday to cooperate with Tokyo's probe into the matter.

Epstein apologised for the concern the incident has caused, but did not admit the company's role in the data fixing allegations, a company spokeswoman said.