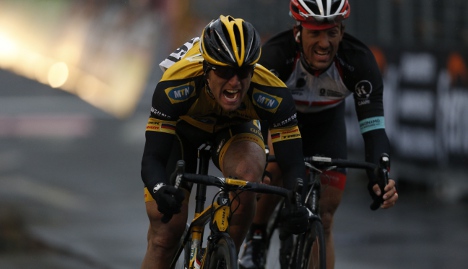 Cancellara, the former Olympic and four-time world time trial champion, had to settle for bronze in the men's race against the clock last week when he finished behind Bradley Wiggins and winner Tony Martin.

His third-place finish, however, revealed what many of his road race rivals fear: the Swiss looks skinny, a sign that his months of hard training and sacrifice have left him in optimal condition for Sunday's epic challenge.

"He looked in great shape in the time trial, he's lost weight, he's fast, powerful and will be determined," said Alessandro Ballan, who triumphed in 2008 after Italy team leader Paolo Bettini was marked out of the race.

Considered one of cycling's biggest accolades, winning the road race's rainbow jersey would add another prestigious line to Cancellara's long list of honours.

The Swiss is a proven champion in some of the world's toughest one-day races and Sunday's epic from Lucca to Florence looks well within his grap.

At 272.2 kilometres long, it is not for the faint-hearted – any contenders who haven't been racing, or at least training hard, over that kind of distance can kiss their hopes goodbye.

Following a 103-kilometre ride from Lucca into Florence, the riders tackle 10 laps of a 16.9-kilometre circuit, featuring a number of small climbs and false flats, and a flat 2.8 kilometres of road which comes after the final, 600-metre climb of Via Trento and leads directly to the finish line.

Cancellara's biggest challenge will be withstanding attempts by rivals from Belgium, Britain, Spain and Italy on the climbing sections to shake him off.

Britain's reigning Tour de France champion Chris Froome is considered an outsider, but admitted last week: "We'll be trying to make it the hardest race possible, to try to isolate the sprinters and make it more of a climber's race."

Although Cancellara is not a pure sprinter, the Swiss has mastered one-day classics with hard climbs, such as Milan-San Remo, which he has won twice and finished runner-up in twice, as well as the Tour of Flanders (two victories).

By the end of Sunday's epic, no sprinters will be left, and contenders like Slovakian Peter Sagan, Spaniard Alejandro Valverde and Belgium's defending champion Philippe Gilbert will not fancy having a time trial colossus like Cancellara with them for the finale.

Cancellara's physical form has not gone unnoticed. When a rider looks skinny and manages to podium (in the time trial), it's generally accepted he has been making the required sacrifices to be able to perform over long distances.

The Swiss is keeping his cards close to his chest.

"Everyone wants to know about Sunday – how I feel, how I go and how I look," Cancellara said after his podium finish last week. There's no way I would give that information to you. This satisfaction can push me and maybe motivate me for Sunday, more than that, I won't say any more."

Ballan, who will be riding to support team leader Vincenzo Nibali, feels Cancellara is the man to beat.

But the Italian warned: "He will be marked closely and everyone will be trying to race him out of contention, as they did against Bettini in 2008.

"That's why, in the end, there could be a surprise winner." 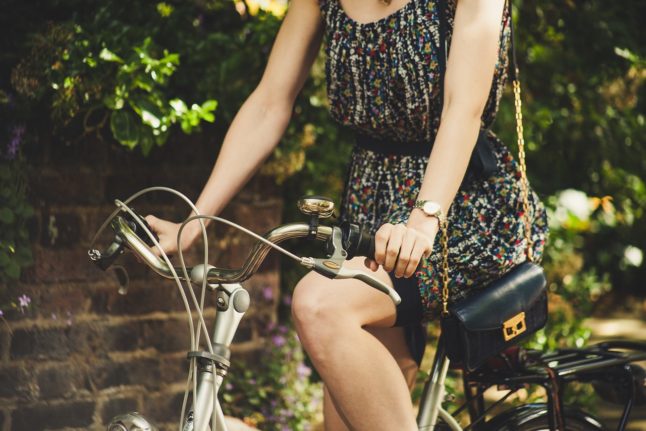 CYCLING
Reader question: In Switzerland does my bike need a registration plate?