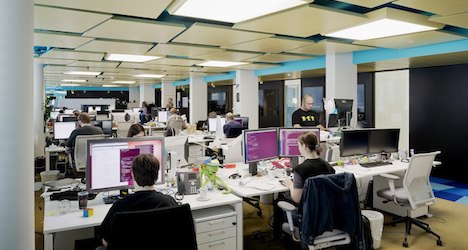 Most popularly called by its German name, Graubünden, the canton is also known as Grigioni by Italian speakers, Grisons by Francophones and Grischun by speakers of Romansh, Switzerland’s fourth official language.

That can lead to mixups for cartographers and for some reason Google Maps decided to name several locally well-known localities by their Romansh names instead of their official German ones, much to the irritation of officials.

Klosters, for example, the mountain resort town known for hosting members of the British Royal Family on ski holidays, was identified by Google as Claustra, its Romansh name.

The German-speaking town of Flims was named Flem, and numerous other smaller places in the Germanophone areas were identified by Romansh names or even more obscure old dialect names.

“For tourism reasons we have every interest that Google use the official name for municipalities,” Bruno Maranta, secretary general of the Graubünden economic affairs department, told the SDA news agency.

The canton approached Google to make changes for a second time after earlier pointing out mistakes over German and Romansch names.

The local German-language newspaper Sudostschweiz, which initially reported on the mixups, referred on Thursday to “linguistic chaos” in the Google Maps.

The internet company, whose Swiss head office is in Zurich, has not responded to local media requests for comment.

Graubünden, with a population of 193,000, has Switzerland’s largest concentration of Romansh speakers, who total around 60,000 in the country as a whole.

It is the only Swiss canton with three official languages — German, Romansh and Italian — but German is spoken by almost 70 percent of the population.

Romansh, the language of around 15 percent of the population, exists in at least five different dialects, in addition to a standardized form adopted more than 30 years ago.