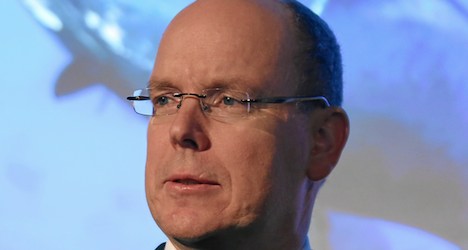 The gala was held in the honour of Monaco's Prince Albert. Photo: World Economic Forum

While last year’s gala was dedicated to James Bond film actress Ursula Andress, this year’s event was held at the Kursaal congress centre in honour of Monaco's Prince Albert II and his environmental foundation.

The 55-year-old prince flew into Bern in a private jet without his wife Princess Charlene.

Moore, 86, who lives in the Swiss mountain resort of Gstaad in the winter and spends summers in Monaco, commented on the red carpet for Swiss media that he knew Prince Albert’s mother, “Grace Kelly”.

Also appearing at the gala was another friend of Princess Grace, who died 31 years ago in a car crash, Italian film star Gina Lollobrigida, who appeared in a bright red dress studded with sequins and wore red lace gloves, local daily the Berner Zeitung reported.

The event “is important for the capital,” the Berner Zeitung quoted Leuthard as saying.

It was good to have variety apart from political life which can otherwise dominate life in Bern, she said.

“At the gala you can combine pleasure and work well.”

The event was modelled on similar ones held in Monaco, organizer Claudio Righetti, an exhibition and event manager, told broadcaster SRF.

The goal for next year is to make the event a “Swiss National Gala”, he said.