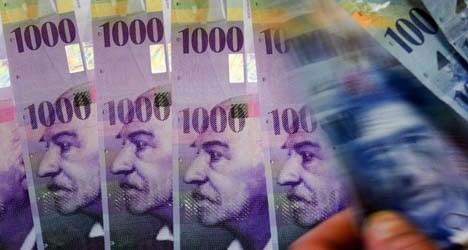 "The decision stems from the increasingly difficult market conditions, ever-growing regulations and the unsustainable requirements that smaller private banks are required to comply with, in part as a result of the tax dispute with the USA," it said in a statement.

Bank Frey is one of the 14 Swiss banks under investigation the US Justice Department for aiding US taxpayers i avoiding taxes, and as such is ineligible for simplified procedures offered by Washington to settle such accusations.

The bank said it had acted cooperatively within the framework of both Swiss and United States law and intends to continue to do so.

A failure to reach a settlement could lead to prosecution as well as being barred from the US financial system, which has pushed Swiss banks to comply.

Bank Frey said it is financially healthy and will not be liquidated.

It is the second Swiss bank to shut after running into trouble with US authorities.

In January, the private bank Wegelin & Co. closed after pleading guilty to US tax evasion charges and paying $74 million in fines.

US pressure has pushed Switzerland to roll back the banking secrecy that made the country a leader in catering to the world's rich.

It has agreed to automatic reporting of bank account information on US citizens to Washington and has signed up to an international convention on assisting tax evasion investigations.

Another bank caught up in the US dragnet, the Swiss subsidiary of Liechtenstein's Liechtensteinische Landesbank (LLB), is also expected to close its operations by the end of the year and is to pay $23.8 million to avoid prosecution.

LLB announced on Friday it was selling its sake in Jura Trust for 6.6 million euros via a management buyout as part of its restructuring of its business to core functions.