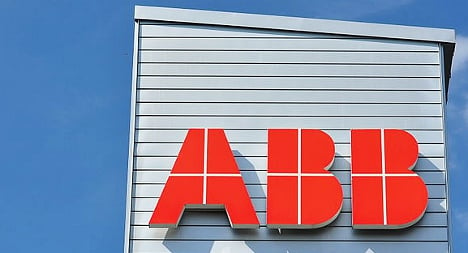 Turnover at the group, a top player in the global electrical engineering sector rose by eight percent compared to $10.5 billion, the company said in an earnings statement.

Analysts polled by financial newswire AWP had expected ABB to rake in a net profit of $792 million on sales of $10.04 billion.

ABB, which counts Germany's Siemens and Alstom of France as its main competitors, nonetheless saw its orders slip two percent compared to the same three-month period a year ago to $9.08 billion.

The group, which among other things provides power and automation technologies to utility companies, lamented a drop in large project orders amid continued economic uncertainties and the ongoing restructuring of its Power Systems division.

"Project tendering activity in sectors like power transmission and oil and gas continues to increase but the award of large orders remained slow," ABB's new chief Ulrich Spiesshofer said in the statement.

The German citizen who has worked his way up within ABB since 2005, took the helm of the company last month following Joe Hogan's surprise announcement in May that he would step aside for personal reasons.

Looking ahead, Spiesshofer insisted ABB had solid potential for growth, but cautioned that some "forward-looking indicators are mixed and we still face some near-term market uncertainty".

Following the earnings announcement, ABB saw its share price jump 3.23 percent in mid-morning trading to 22.67 francs a piece, far outpacing the Swiss stock exchange's main index, which was down 0.2 percent.