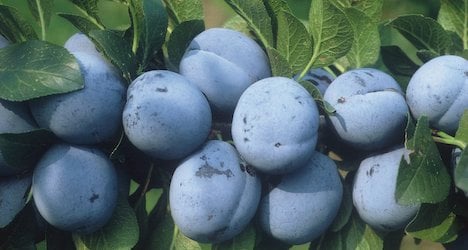 The season was marked by cool and wet conditions in the spring, persisting into mid-June, leading to harvests that were two weeks later than normal in all areas of the country, the association said.

But hot temperatures in the summer led to a bumper crop of strawberries and other berries, which exceeded the average from the past four years, the fruit growers organization said.

The record harvest of strawberries of close to 7,000 tonnes was 250 tonnes ahead of the previous year, while the volume of plums rose more than 50 percent to 3,321 tonnes. the group said.

More apricots (4,389 tonnes) and cherries (1,644 tonnes) were picked than last year but the volumes were lower than three years ago.

The favorite fruit for Swiss residents — apples — are still being harvested, with some varieties, such as Braeburn, still to be picked until November.