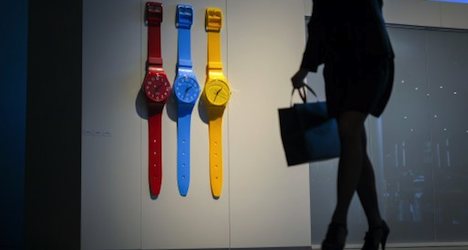 Swiss regulator Comco said it had approved a landmark deal with Swatch Group allowing the watchmaking giant to sell fewer mechanical movements to the rest of the sector.

The decision ends years of wrangling over the world number one watchmaker's obligations on the market.

"The accord will allow Swatch Group to reduce step-by-step its deliveries of mechanical movements," Comco said, underlining that it would have to treat all its clients equally.

Mechanical movements are what measure time in a watch, making them the very heart of the industry.

Given Swatch's dominant market position, it is obliged to supply components across the sector.

Swatch has been battling that obligation for a decade, arguing that it was being forced to bear the burden of investment for the Swiss watch industry.

In 2001, Comco opened a competition probe at Swatch's request.

In July this year, Comco rejected an initial deal negotiated with Swatch, but fresh talks yielded an accord this week.

Under its terms, Swatch will in 2014 and 2015 be able to deliver 75 percent of the average number of mechanical movements sold to competitors between 2009 and 2011.

From December 31, 2019, Swatch will no longer have to sell mechanical movements to other companies.

Comco underlined that it reserved the right to reexamine the deal in the event that the market evolved in ways that had not been predicted.

In addition, it said, the rules would not apply small and medium-sized watch companies that found themselves in difficulty as a result.

Since Comco launched its probe in 2011, a string of leading watchmakers have stepped up their production investment, notably by taking over supplier companies.

But the reduction in deliveries could also drive a shake-up in the sector, potentially leading to concentration of business in fewer hands, given the limited ability of smaller brands to invest in production.

The Comco agreement with Swatch does not allow the group to rein in the supply of what are known in the sector as "assortments", including such small parts as springs.

Comco did not oppose reduced deliveries of assortments on principle.

It said further investigation was needed, as it appeared premature to cut them given the lack of alternative suppliers to Swatch, which has a near-monopoly in that part of the trade.