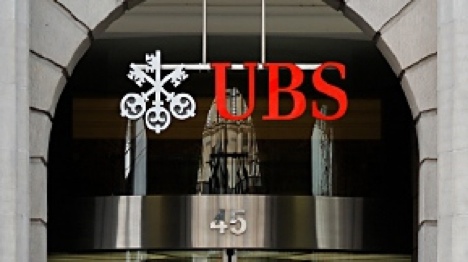 The bank on Tuesday reported a net profit of 577 million francs ($644 million) for the third quarter of 2013, compared to a loss of 2.1 billion francs in the same period a year earlier.

The result was slightly better than many analysts expected but was impacted by 586 million francs in provisions for litigation and compliance matters.

And the bank said its goal to raise profits in the next two years will be held back by a demand from FINMA, the Swiss financial regulator, to hold more capital because of the risk of further legal problems.

“FINMA informed us that its decision was based on a comparison of recent loss history with the capital underpinning for operational risks,” UBS chairman Axel Weber and CEO Sergio Ermotti said in a letter to shareholders.

Weber and Ermotti said the bank continues to cut costs with annual savings expected to reach 5.4 billion francs by the end of 2015.

However, unless changed, FINMA’s “temporary” capital requirement will delay by at least a year the bank’s goal of achieving a return on equity of 15 percent by 2015, the pair said.

The bank has paid about three billion francs in fines and settlements for legal matters in the past year, including $1.6 billion for the Libor rate rigging scandal, involving criminal fraud.

UBS traders involved in the conspiracy have left the bank but other issues continue to linger, including potential foreign exchange manipulation, still under investigation, and a reporting issue with the Swiss stock exchange.

The bank’s net profit for the first nine months of the year jumped to 2.25 billion francs from a 576 million-franc loss for the comparable period in 2012.

The results for the latest quarter were aided by a 222-million-franc tax benefit.

Investors reacted negatively to the earnings report, with the price of UBS shares dropping 6.26 percent to 17.98 francs in midday trading.

The Zurich-based bank's activities of managing private wealth turned in a pre-tax operating profit of 555 million francs, slightly down from the 557 million francs it made in the second quarter of the year.

UBS's investment bank, meanwhile, turned its 2.8-billion-franc loss in the third quarter of 2012 in to a 251-million-franc pre-tax profit.

UBS is in the process of turning the page on its recent dark period, and announced a massive restructuring a year ago, including 10,000 job cuts and a shift of focus to wealth management and a scaling down of its scandal-plagued investment bank.

The investment bank burdened UBS with catastrophic losses during the 2008 subprime crisis and more recently dragged the bank's name through the mud when it came to light that its traders had rigged the Libor interbank lending rate that determines numerous financial and interest rate contracts around the world.

"Our results this quarter provide more evidence that our business model works in a variety of market conditions," CEO Ermotti said.

Analysts too hailed the UBS's progress in implementing its new strategy.

"Despite today's mediocre results, our investment case does not change," Vontobel said in a note, confirming its "buy" rating for the bank.