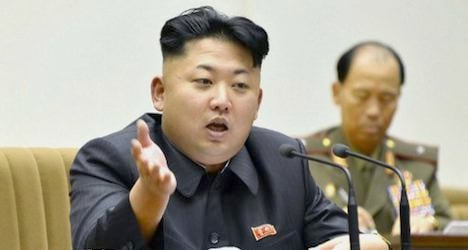 Ko Yong-Suk, who effectively vanished in 1998, had in fact been granted US political asylum, South Korea's JoongAng Daily said on Tuesday, citing a former senior intelligence official and a South Korean diplomat based in Bern at the time.

The newspaper said Ko, who would now be 56, and her husband had cosmetic surgery to conceal their identities and remain under the protection of the US authorities.

Kim Jong-Un initially attended the International School of Berne in 1996 before transferring to the Liebefeld Steinhölzi school on the outskirts of Bern, where he was enrolled from 1998 to 2001.

Ko had been sent to care for him during his studies in the Swiss capital.

She and her husband reportedly made their initial bid for asylum through the US embassy.

"The United States spirited away the couple without even informing us," the unidentified intelligence official said.

They were first taken to a US military base in Frankfurt and then flown to the United States.

Ko is the younger sister of Kim's mother Ko Yong-hui, who died from breast cancer in 2004, aged 51.

The most notable exception is Kim's elder half-brother Kim Jong-Nam, who was once considered heir apparent but who fell out of favour with his father Kim Jong-Il following a botched attempt in 2001 to secretly enter Japan and visit Disneyland.

His family has since lived in virtual exile, in Macau, Singapore and China.