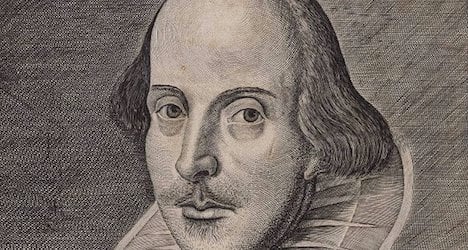 The world’s largest ranking of English skills puts Switzerland well behind Scandinavian countries, the Netherlands, Austria, Belgium and even nations in the Baltics and Eastern Europe.

Despite the importance in the country of international organizations and multinational companies that use English as the language of business, the Swiss are behind such other European nations as Estonia, Poland, Hungary, Slovenia, Germany and Latvia, according to the index.

The top seven countries, judged to have a “very high proficiency” for English, are Sweden, followed by Norway, the Netherlands, Estonia, Denmark, Austria and Finland.

The Swiss are noted for being multilingual, but English is not yet as high a priority as in these countries, the index results indicate.

Switzerland, which has four national languages — French, German, Italian and Romansh — is ranked at the bottom of 10 countries judged to have “high proficiency” English, just ahead of Portugal.

German dialect is spoken by 64 percent of the population, with French accounting for 20 percent and Italian about seven percent, while Romansh is spoken by less than one percent.

Although many Swiss speak two or more languages, the country is divided into linguistic regions where English sometimes becomes the common language between, say, French- and German-speakers.

Retailers often use English words to market products nationally to avoid having to use the three official languages.

But English does not have an official status in Switzerland.

And the recent decision by the state-owned Swiss Broadcasting Corporation to shut down World Radio Switzerland (WRS), the country’s only national English-language station, has made many Anglophones in the country question the federal government’s commitment to what is increasingly regarded as the global language.

(A private operator, Anglo Media, has taken over the WRS name but it does not have an FM licence and is focusing its coverage, at least initially, on the Lake Geneva region.)

On the plus side, Education First, the organization which produced the English Proficiency Index, noted that proficiency in English is trending upwards in Switzerland, based on the statistics it has collected.

EF said it bases its index and comparisons from two previous reports on testing of five million adults between 2007 and 2012.

“Year by year, economies are more globalized, work more delocalized, and information more decentralized,” EF said in an executive summary of its report.

“A shared language is a necessary tool when communication is no longer tied to geography,” its says.

“English is that tool, now more than ever.”

The group notes that the seven countries with the strongest English “are small European nations, whose size compels them to adopt an international outlook”.

While Switzerland may be behind other countries it remains well ahead of France, which is marked as the dunce in the class among European countries.

Ranked 35th in the index, France is one of only a handful of countries where English proficiency scores have dropped in the past two decades.

One of the factors contributing to this is the lack of exposure to English in a country where foreign languages— and English in particular — are officially regarded as a threat to French.