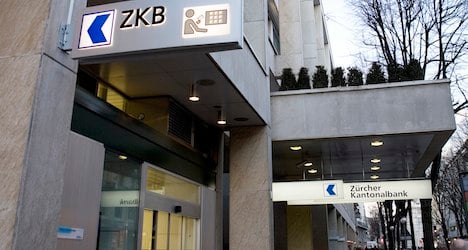 Up until now, only the country’s largest banks, UBS and Credit Suisse, fell into this “too big to fail” category established by the Swiss National Bank.

The SNB said it issued a decree on November 1st designating the Zurich cantonal bank as a “financial group of systemic importance” in line with regulations of the country’s Banking Act.

The central bank said it took the decision after consulting with the ZKB and FINMA, Switzerland’s financial market supervisory authority.

It did not specifically state why it had taken this action but said that “regulatory consequences” from the decision would be implemented by ZKB, with FINMA “acting in a subsidiary capacity”.

The Zurich cantonal bank, the fourth largest in Switzerland, said the main reason for the classification was the "important role played by the bank in the domestic deposit and lending business".

This, it said, was "by virtue of the large market share held (by the bank) in the canton of Zurich".

ZKB acknowledged that it now has to meet stricter capital and liquidity buffer requirements but said it expects to be able to meet "the future minimum requirements today".

The actual provisions will be set by FINMA, the bank said, adding that it expected the capital "target" to increase only moderately from the current value of 13.6 percent by 2016.

The bank said it also anticipates more stringent liquidity requirements but that it has already taken steps to cover these needs.

With total assets of around 150 million francs and 99 branches, ZKB describes itself as the “leading financial services provider in the greater Zurich area”, Switzerland’s biggest metropolitan region.

The bank is 100 percent owned by the canton of Zurich, which “bears responsibility for all liabilities should the bank’s resources prove inadequate”.

Tages Anzeiger, the Zurich newspaper, reported that ZKB had already requested more funds at the beginning of the year, due to stricter capital rules.

The cantonal government is to decide whether to inject two billion francs into the bank to bolster its reserves, the newspaper said.

Tages Anzeiger said the SNB’s decision raises questions about other Swiss banks, such as Raiffeisen, the country’s third largest bank.

Franz Würth, a spokesman for Raiffeisen, a cooperative bank, told the newspaper that it has been in discussions with the central bank but these have not led to any decision regarding systemic risk.